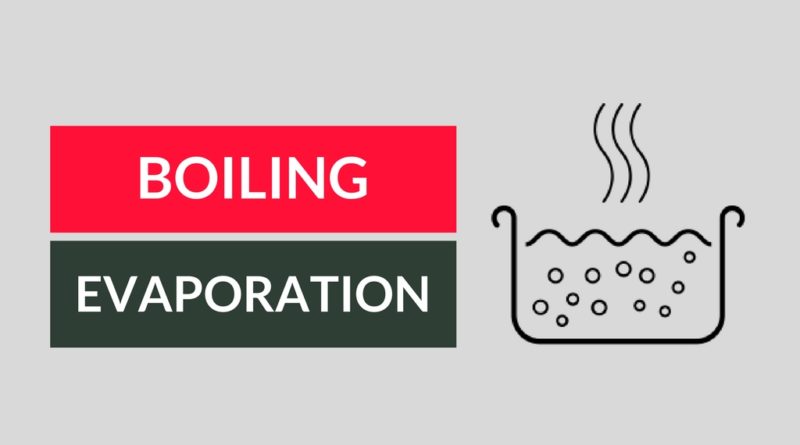 The term Evaporation is defined as the process of escaping of liquid molecules from the surface of a liquid at any temperature is called evaporation. The rate of evaporation of a liquid depends on its surface area, temperature and amount of water vapour present in the surronding air.

There are some significant differences between two processes called Boiling and Evaporation, let us see some of them in the table below.

From the above discussion, we can conclude that the boiling is all about heating and increased temperature while evaporation is all about cooling and escaping of liquid molecules when exposed to air, temperature, etc.