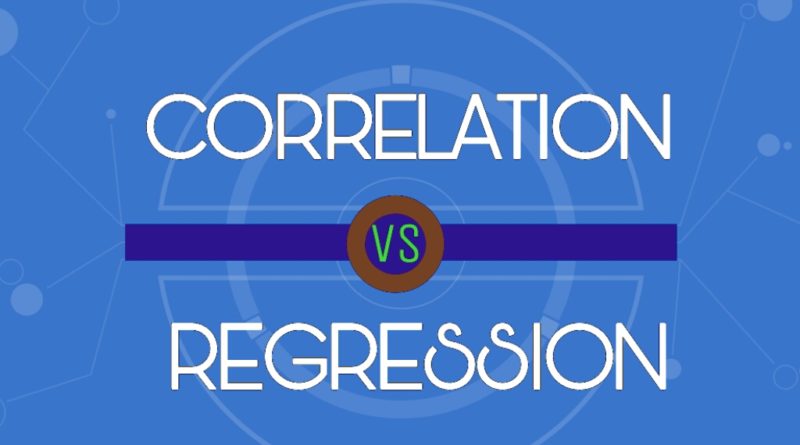 Regression and correlation analysis can be used to describe the nature and strength of the relationship between two continuous variables. Correlation focuses primarily on an association, while regression is designed to help make predictions.

A simple relation between two or more variables is called as correlation. If the change in one variable effect the change in another variable, then the variables are said to be correlated.
Example: Price and Demand of a certain commodity.

There are 3 types of correlation depending on nature, they are as follows.

1. Positive Correlation: If both the variable deviate in the same direction, then it is said to be the Positive correlation.

Example: Income and Expenditure of the certain family.

2. Negative Correlation: If both the variables deviate in the opposite directions, then it is said to be the Negative correlation.

Example: Price and Demand of a commodity.

Example: Heights of students and their marks.

The following methods are commonly used for finding the Correlation Coefficient.

Regression literally means going back or stepping back towards the average. Regression analysis is a mathematical measure of an average relationship between two or more variables in terms of original units of data.

Example: Controlling the supply of goods may affect the price of the good.

There are various types of regressions based on their functionality, some of them are as follows.

Now let us see some of the differences between CORRELATION and REGRESSION below given table.