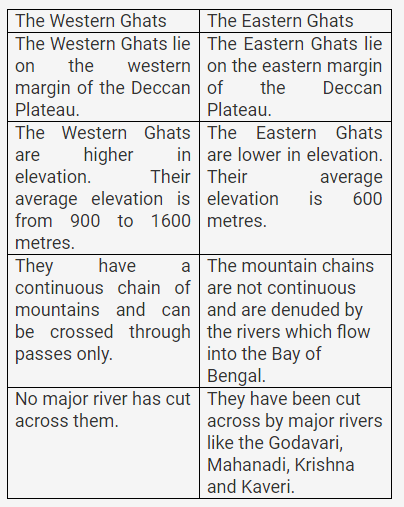 The above mentioned differences gives an clear idea about what are eastern ghats and western ghats,the main differences between them,their natures,rivers originating and highest peaks of each range and the hills areas located.