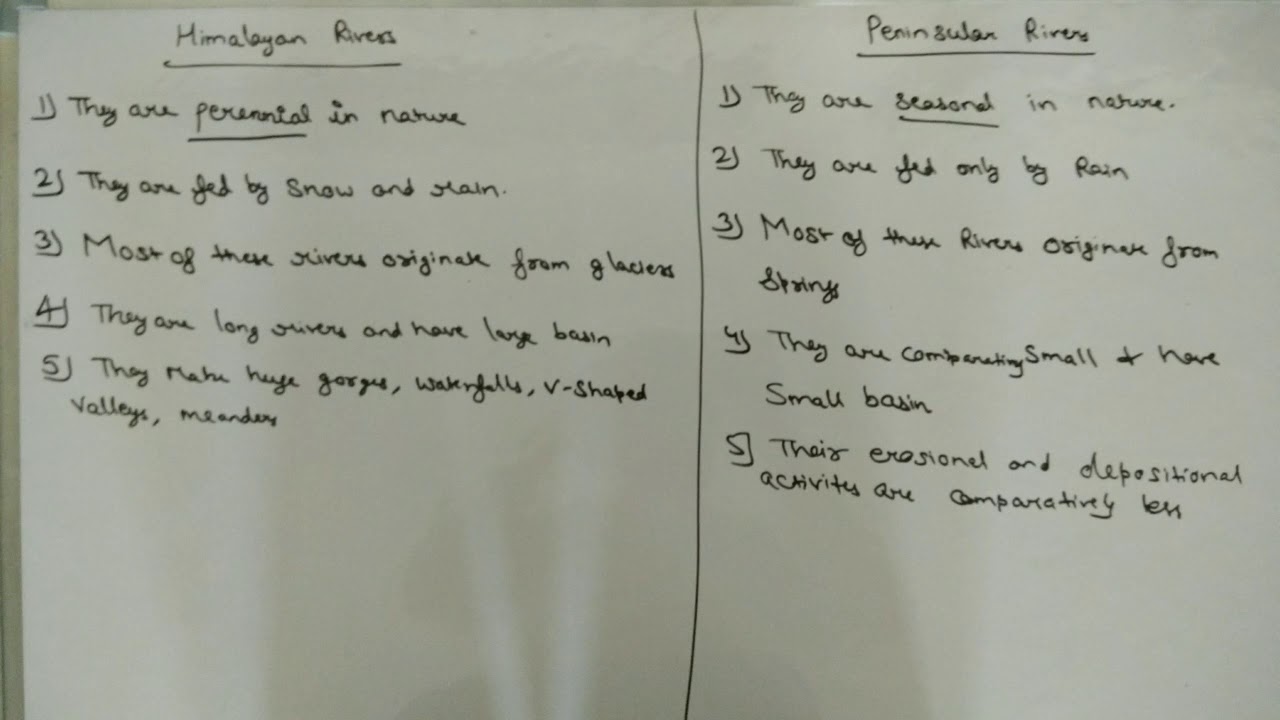 Rivers act as life lines to the country by giving life to the people in the country. Rivers form flexible soils and help cultivation of lands, hydro-electricity is generated through the dams constructed over the rivers and they acts as medium of transportation through inland water-ways.

The rivers in India can be broadly categorized into two categories, they are The Himalayan rivers and The Peninsular rivers. This article concentrates on communicating the differences between Himalayan Rivers and Peninsular Rivers.

The Himalayan Rivers originate from the ice-glaciers in the high mountain regions of the North India. The glaciers acts as a major sources of water in the Himalayan Rivers. The water remains throughout the year and they are perennial in nature. The Himalayan River system is comprised of Ganges, Sindhu and Brahmaputra.