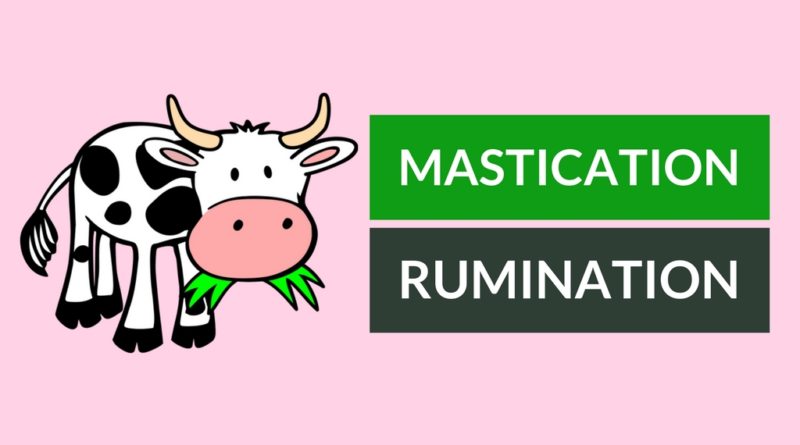 The Mastication is the process of eating food, as food cannot be swallowed directly, the teeth grind and shred the food.

The Rumination is the process of eating food by some animals. These animals are called as Ruminants. These have the capacity to bring back the food from the stomach and chew it leisurely. This process of chewing the food leisurely is termed as Rumination.

The mouth is only a munching machine, it is not possible to swallow the food as it is directly. The food that is taken into the oral activity is cut into smaller particles. Our teeth grind the food, it is called as Mastication and some animals can bring back the food masticated and chew leisurely, which is called as Rumination.