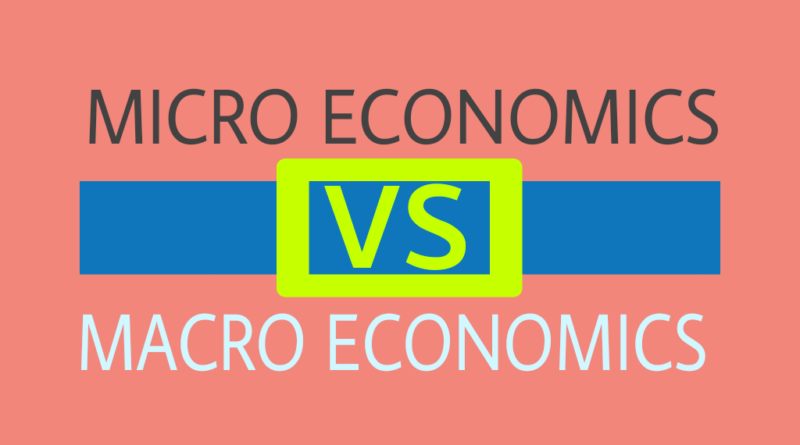 Economics is the study of how economies work. It is a study of  demand, production, supply, and consumption of goods and services. Economics is studied by dividing into two types, they are Micro Economics and Macro Economics. These two terms can be called as opposite to each other. This article presents you with difference between Micro and Macro economics.

The terms micro and macro are used by Ragnar Frisch. The word ‘Micro’ is derived from a greek word ‘Mikros’ which means small. It is a study of individual or small units of economics.

The word ‘Macro’ is derived from a greek word ‘Makros’ which means large. Macro economics is the study of aggregates like national income, total employment, aggregate demand, aggregate supply, etc.

The Things which are true in micro economics may not be true in macro economics. For eg: It is said that national income increased, it do not mean the income of all the people in the country increased, the incomes of some people may increase and others decrease.