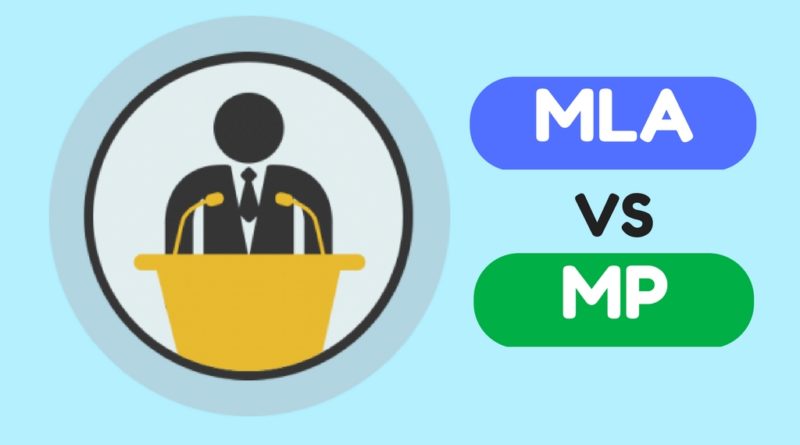 India is the country in which the public representatives like MLA’s and MP’s play an important role in discussion and decision making relating to the problems of the public to govern the country in an efficient manner. The government of India is divided into two forms like the central government which is headed by Prime Minster and State Government which is headed by Chief Ministers of respective states. This article throws light on the differences between MLA and MP and their duties, responsibilities, powers, etc.

MLA’s attend the assembly in their respective states to discuss the matters relating to the problems the people are facing in their constituencies and play very important role in decisions taken by the state government in matters of agriculture, public health, local government, etc.

MP is a person who is elected by the people in more number of constituencies in the same district of the state. MP is a part of the Central Government of India. The parliament is divided into two houses namely Loksabha and Rajya sabha, the MP is a member of any one of the house either Loksabha or Rajyasabha.

⦿  The candidate who is contesting should be a citizen of India.
⦿  He should have attained 25 years in case of Rajyasabha and 25 years in case of Loksabha.
⦿  He must have voter identity issued by Election Commission of India.
⦿  He has to deposit an amount of 10,000 R.s as a security deposit, which is refunded if the candidate gets 1/6th of the valid votes in the constituency.

By the above discussion, it is evident that both the MP’s and MLA’s are responsible for creating the policies and implementing the policies according to the powers they are granted by the Constitution of India. The functions of the ministers of state and central governments are same and the only difference is that Central Government has Defense and External Affairs ministries, whereas State Governments don’t have those departments.