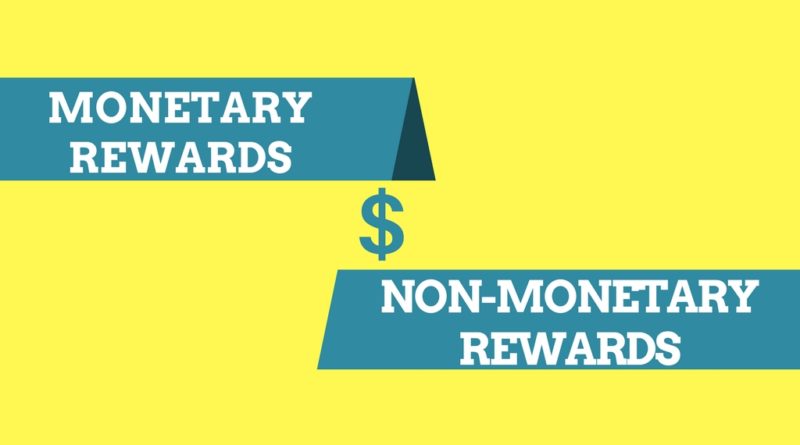 Some of the monetary benefits, which are given by the organization are
⦿ Profit sharing,
⦿ Stock options,
⦿ Bonuses,
⦿ Commissions,
⦿ Merit pay, etc.

Many studies have been conducted and found out that, the benefits which are in non-monetary form derives more benefits to the organization because it involves some form of emotional bondage with the employees which increase employee loyalty, which automatically increases job performance.

Anyway, there prevails dual opinion among the managers of the organization in matters of monetary rewards and non-monetary rewards. Every reward have their own advantages and disadvantages and not every monetary reward makes the employees motivated and there are many problems associated with every type of reward because the perceptions of humans differ from one other.