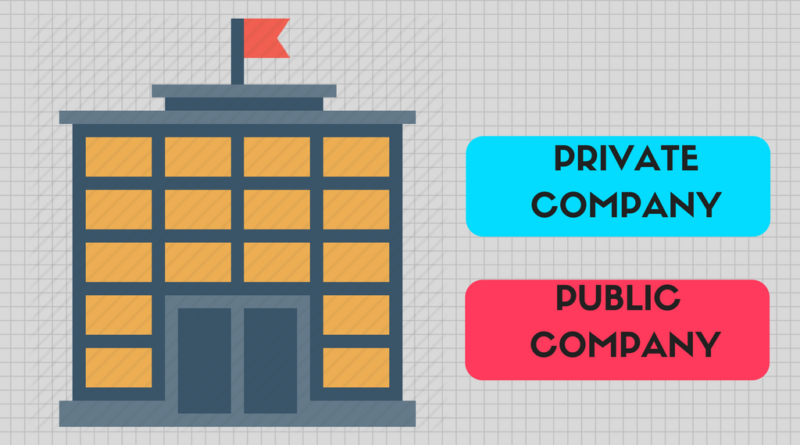 A company is defined as an association of people which is formed to achieve a common goal and it should be incorporated under the law. In India, companies are governed by the Indian Companies Act, 2013. The Companies Act is passed by the central government of the country to regulate the activities of companies to provide protection to investors.

The companies are of various types and Based on Membership, it is divided into One Person Company(OPC), Private Company (Pvt Ltd) and Public company (Ltd). There are several differences between Private Company and Public Company which many of us don’t know, This article concentrates on differentiating the Private and Public limited companies.

According to the Companies Act, 2013 “A Private company is a company which has a minimum paid-up capital of 1 lakh rupees and which is restricted to have the right to transfer of share”. The Private Limited company has “Pvt.Ltd” at the end of its name.

According to the Companies Act, 2013 “A Public company is a company which is not a private company and has a minimum paid up capital of 5 lakh rupees and have the right to transfer of shares of a company”. The Public Limited company has “Ltd” at the end of its name.