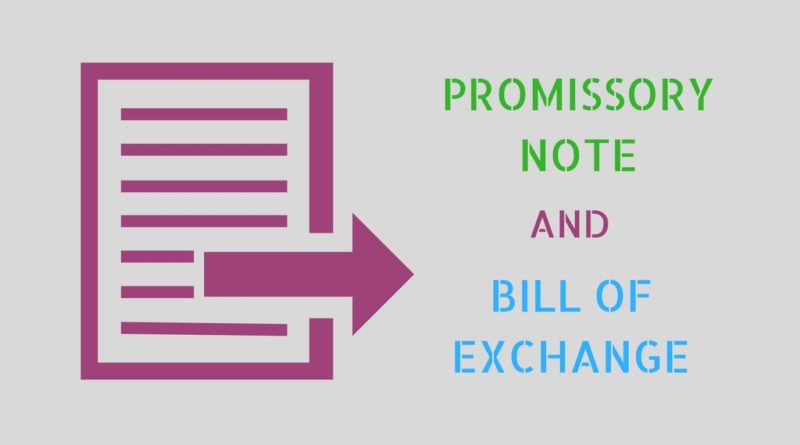 The word Negotiable means transferable from one person to another either by delivery or by endorsement and delivery. A Negotiable instrument is a written document where rights are created in favor of one party and obligations are made on the another party. The Negotiable instruments are of three types, They are:

In this article, we learn about Promissory notes and Bills of Exchange and the conditions which make them different from each other.

A ‘Promissory Note’ is defined as a document in writing which contains an unconditional promise, signed by the maker to pay a certain sum of money to, or to the order of, a certain person or to the bearer of the instrument.

⦿ Maker – The person who makes the note and promises to pay the amount stated to the payee.
⦿ Payee- The person to whom the amount which is mentioned in the note is payable.

There are certain conditions which are essential for a document to be called as Promissory Note, They are as follows

Parties of Bill Of Exchange

Features of Bill Of Exchange

Promissory Note and Bill of Exchange have one thing in common, These two documents show an agreement for one party to pay a definite sum of money to a second party. The above article explains the main idea of the ‘Promissory Note’ and ‘Bill of Exchange’ and there are many differences and similarities which are there between these two types of Negotiable Instruments.