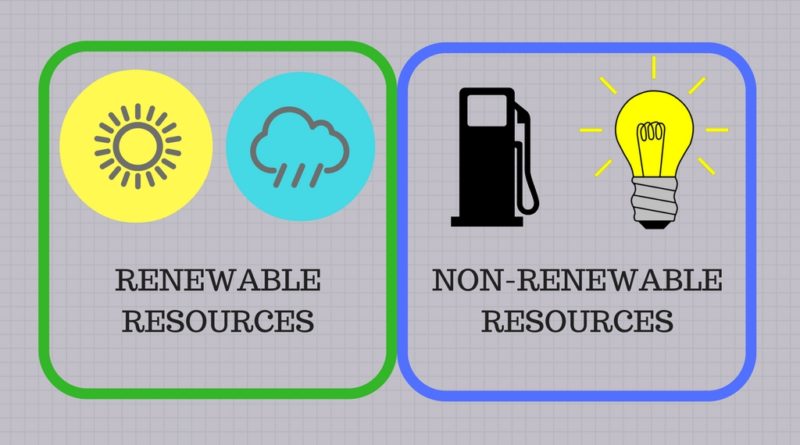 But after the discovery of the Non-renewable resources like fossil fuels, coal, etc the working of the entire mankind has seen a drastic change and it resulted in rapid industrialization. Use of fossil fuels has become a compulsion in our life which is polluting the earth very badly.

The resources which are being continuously consumed by man but are renewed by nature constantly are called as Renewable Resources. These resources are inexhaustible because they cannot be exhausted permanently. Renewable resources are also called as ‘Non-Conventional’ sources of energy.

There is a limited supply of Non-Renewable resources is on the Earth. We’re using them much more rapidly than they are being created. Eventually, they will run out and our future generations are left with no crude oil and nuclear resources. We have a responsibility to transfer the resource to our future generations, for that we have to use the non-renewable and renewable resources in a balanced way and promote sustainability of resources.