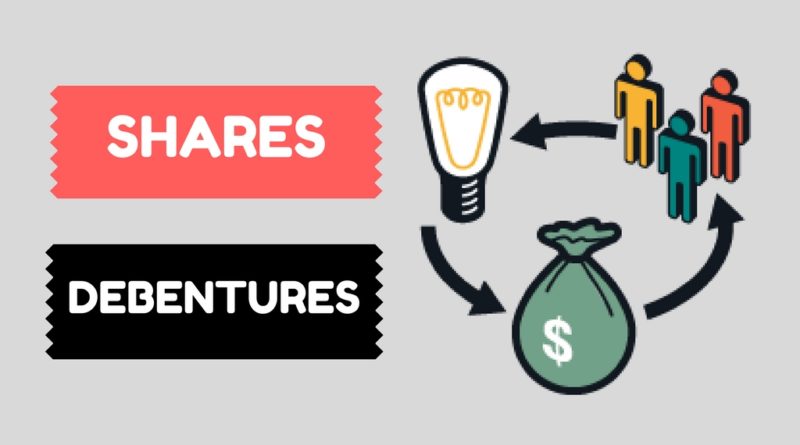 Out of all sources of funds, companies prefer shares and debentures more. People who are interested in investing in shares and debentures are increasing every day showing a rapid growth in the capital market. The more people invest in companies more capital companies rise which leads to overall economic growth. There are many differences between Shares and Debentures, they are as follows.

Shares are majorly divided into two types, they are

⦿ PREFERENCE SHARES: Shares which have a fixed rate of dividend and paid dividend before the equity shareholders are paid dividend. These type of shares have no voting rights in the management of the company.

A debenture is defined as the sum of money raised by the company in the form of borrowing. A company resort to the borrowing of money from different sources like commercial banks, finance institutions and also from the public. The individuals who hold debentures of a company are called as “Debenture Holders”. The document of Debenture is called as “Debenture Certificate” issued under the company seal contains terms and conditions regarding interest rate and repayment of capital.

There are various types of debentures which are categorized according to their nature, They are as follows