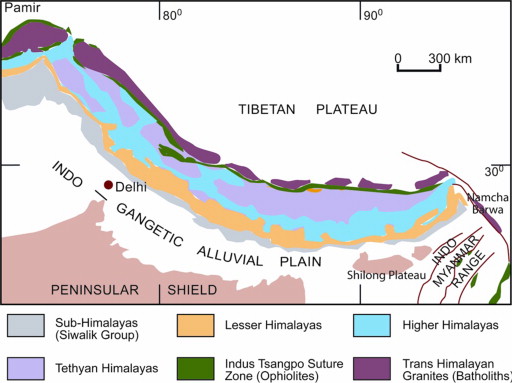 Himalayan mountain ranges consists of three parallel mountain ranges, which are separated by deep valleys and extensive plateaus. They are as follows,

The detailed description about different ranges of Himalayas is as follows,