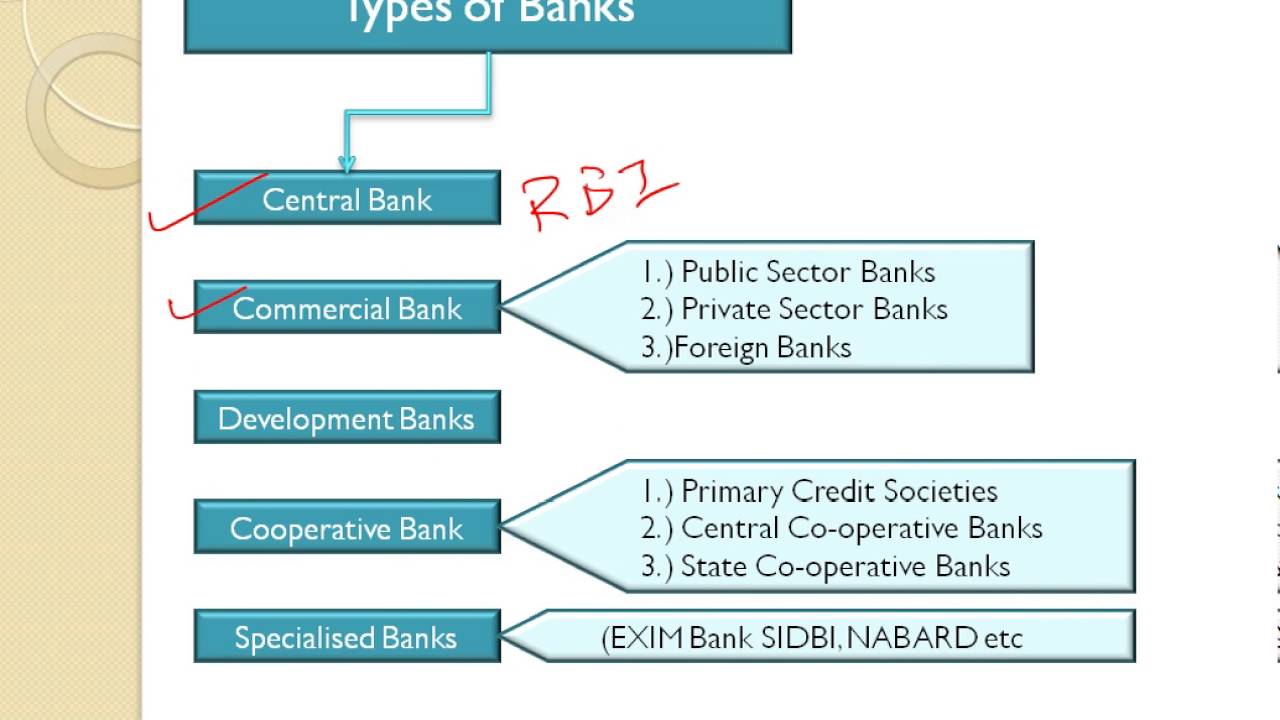 There are different types of banks in every country. Each type performs mainly certain functions. Banks have been classified on the basis of their functions.There are several definitions for the term “Bank”. some of them are

Prof. R.S.Sayers explained that “Bank is an institution whose whole debts are widely accepted in settlement of other people’s debt to each other”.

According to the Indian Banking Regulation Act defined banking as the ‘Accepting the deposits of money from the public which are repayable on demand for the purpose of lending or investment of the money acquired from the public in the form of deposits’.

Savings Banks mainly concentrates on the mobilization of savings of the people. In India Post offices run by Postal department act as savings banks. Since Commercial banks are providing these facilities of savings banks to the public, the need for separate savings bank is fading.

Private Bankers are the individuals who do banking business individually or as a partnership. It is purely an unorganized sector.Most of the private bankers do not receive or accept any deposits from the public, they do banking business with their own capital. They lend money to the people for high-interest rates.

There are chit funds in India. They provide finance to trade and commerce. However, they cannot be called as banks in the regular sense. The Chit fund business is very large in a country like India. it is also an unorganized sector in India.

Thus banks are classified on the basis of their functions in which they are specialized. But it must be noted that Commercial Banks are now providing services of agricultural banks, they are providing loans for industries as industrial banks, they are even expanding their services into foreign exchange replacing the foreign exchange banks. Therefore the commercial banks are raising their capabilities for attracting a large number of customers.