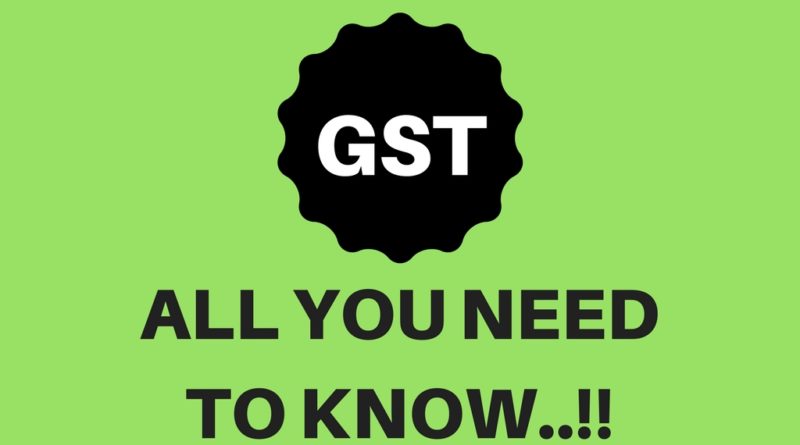 GST is abbreviated as Goods and Services Tax. GST is all set to be implemented from July 1st of 2017 in world’s largest democratic country India. Narendra Modi led BJP Government is all set to launch GST to change the tax structure of the India and all the states in the country accepted with the central government to implement GST. In GST regime, the Tax stops only after the product reached the customer. It can be called as a “DESTINATION BASED CONSUMPTION TAX”.

GST rates are fixed to stop inflation and to reduce the burden on Consumer Price Index (CPI).The following are the various rates given by GST Council for different types of items.

GST COUNCIL is the directing authority of the GST. The decisions regarding GST should be passed in GST Council with a 3/4th voting majority. Union Finance (Central Government) has 1/3rd weightage and all the states together have 2/3rd weightage in decision making regarding the passing of resolutions. It is defined as “Cooperative Counsellism”. CGST Law is passed by the Central Government and all states have passed the SGST laws in their respected states.

The GST in total comprised of three types, they are

TYPES OF DEALERS AS PER GST

There are two types of dealers according to GST Law, they are

The GST registration is done through GSTN (GST NETWORK). It is a private company which is controlled by the government. It provides most of the IT services for GST.GST payments and return filings are handled only through GSTN.The tax payments are made generating the challan in GSTN. The tax less than 10,000 rupees can be paid in cash and online and the tax more than 10,000 must be paid through online only.

TAXES LIKELY TO BE SUBSUMED AFTER GST

The following taxes are removed and in the place of them GST is implemented.

TAXES NOT LIKELY TO BE SUBSUMED AFTER GST

The taxes which are given below are going to be collected even after the GST is implemented.